What do I, Snoop Dogg and Rio all have in common??

These 'beautiful' places! No pun intended. (totally and completely shamelessy intended) What better way to spend my last week in Brazil than in Rio? We had a short list of thing's we wanted to do and in addition, after seeing Snoop's video for "Beautiful" a bigallion time, we made up our own little tour of Rio based on the video.
We found out where the crazy grotto was at the end of the video with the sexy ladies dancing Samba. Which I must say, the real deal was 10 times more breathtaking in person but not quite as much fun as they had in the video. It's actually part of an art school and down each corridor artists have their huge canvas' set up and you watch them paint away.
We also found the stairs Pharrell and Snoop were sitting on. Escadaria Selaron. This place was also magical. It was just a nasty, gray, typical Brazilian stairwell when Selaron decided to re-vamp it with a dizzying amount of tile mosaics. And to make things even more interesting Selaron himself was there just hanging out on the stairs chattin' people up. Score. He is forever adding and changing the mosaics and according to him, "This unique and crazy dream will only be complete on the day of my death."
Last but not least we went to Copacabana Beach. There were far less bikini clad extremely curvaceous women there which got me to thinking; where those women professional models hired by Snoop for the video??? Darn who'd have thought? Isac and I both left with the WORST sunburn we've had in a while. He's Mexican so I don't know what his excuse was but mine was the shameless Brazilian bikini I decided to don. When in Rome...
All in all, Rio is amazing. And I will forever regret not living there for 4 months instead of the dirty, over populated, no beach havin' Sao Paulo. You can go straight to hell my friend, oh how I will never miss thee.

P.S. I would like to preface these sub par photos by stating the fact that right before we left for Rio Isac and I sold both of our DSLR's, cuz technology prices are MAD inflated here. So all we had was a little point and shoot. Booo. 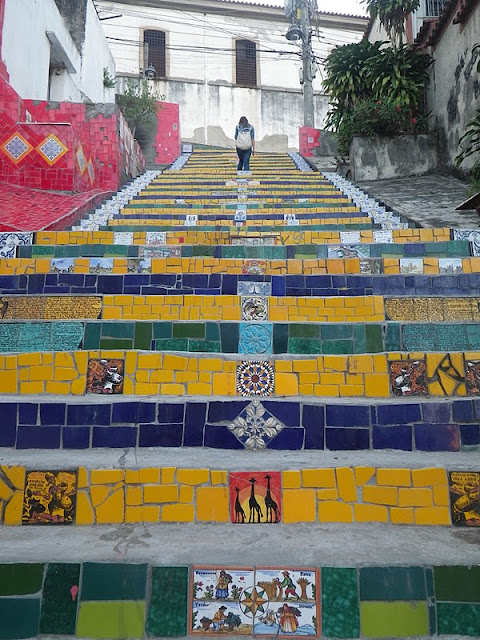 Posted by Baby Rabbit at 7:00 PM No comments:

It's funny how popsicles can make strangers into friends. For example a couple could be walking down the beach on a secluded island adventure when suddenly a fellow popsicle enthusiast pops out of the bush looking for a light because his popsicle went out. Now 4 people, from extremely different walks of life are enjoying some light conversation, as none of them speak the same language, sharing popsicle flavors. One of the men may be named Carnval and he would have been an extremely patient individual. Going so far as to draw photos in the sand to communicate with us, uh I mean the lovely gringoes on their island adventure....yea... He may also have been an artist that had moved to said secluded island to escape the harsh landscape and rough ways of the people in Salvador. Carnaval also would be so kind as to allow one of these gringoes to photograph him creating his art which he sculpts out of found and recycled pieces of wood. These are probably what the photos would have looked like :) 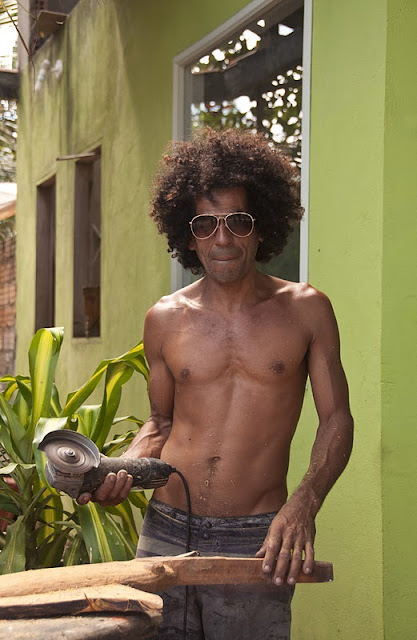 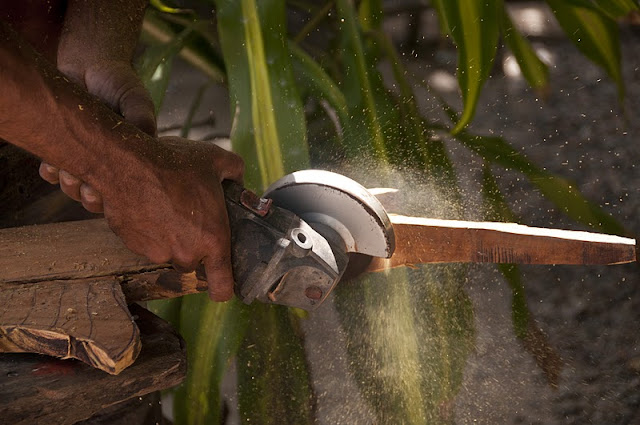 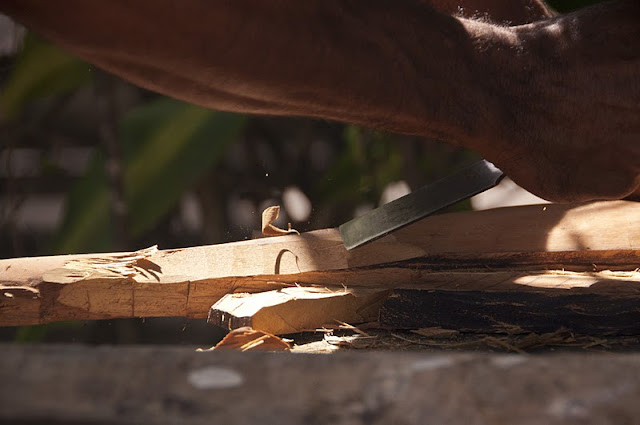 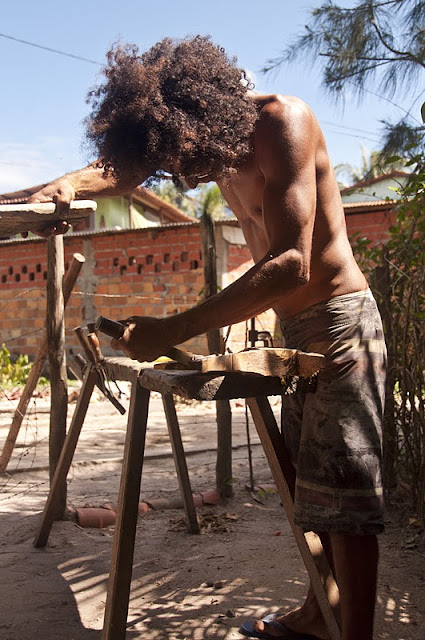 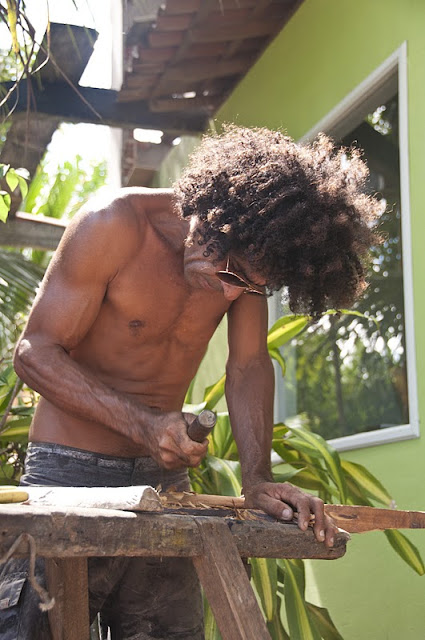 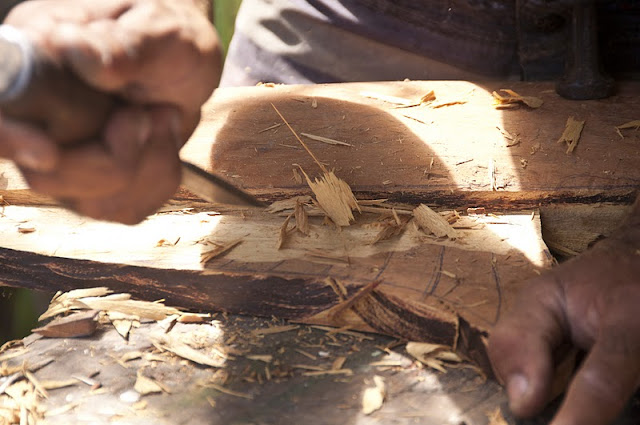